The Classical Greek writer Sophocles called Dionysus “the god of many names”, and Dionysus has been associated with the arts of civilization and with drama, and under his form as Bacchus with wine as liberating and rhapsodic. Friedrich Nietzsche saw Dionysus as the bringer of divine ecstasy, the restorer of the instinctive, unconscious unity of all life, a symbol of the periodic need of release from the rational and the common place, a return to the springs of life through the emotions. While Dionysus is associated with the vine and fertility, his main function is to teach that the soul is beyond time and space and seeks rapturous union with the divine.

The Bauls: The Dionysiac Minstrels of Bengal

“Why do you keep looking for the Man of the Heart
in the forests, in solitude?
Turn your attention this time
To the grace and beauty within your soul.”

So begins one of the songs of Lalon Shah of Bangladesh probably the greatest of the Baul singers. The message is simple, yet its appeal is universal. In his songs, he tears down the barriers of caste and creed, the walls that separate man from man. Lalon Shah who died in 1890 composed many thousands of songs, passed down orally from disciple to disciple, only a small number have survived such as his song on the moon, which is a strong Baul symbol:

“By great good luck one may see that moon.
It has no dark spots.
In it lies the golden abode of the Unknowable.
In the world of the moon there is no play of day or night.”

Who are these Bauls? The Bauls are a class of minstrel, wandering singers of mystic songs. They sing of love and friendship in the search for the Creator who dwells within each person, and of the beauty of all created things.

The Bauls came into prominence as a socio-religious group during the 19th century, and became more widely known as their songs were written down by Rabindranath Tagore Bengal’s great poet and social reformer. One of Mahatma Gandhi’s favourite songs “If there is no one that heeds your call, then go on ahead alone” is a Tagore song with a distinctly Baul melody and rhythm.

The Bauls today, number around half a million persons, living largely in communal establishments called akharas, the largest number in Kushtia, Bangladesh on the frontier of the Indian state of West Bengal. The Bauls live under a spiritual preceptor, the Murshed. Life in the Akharas is very simple. The Bauls have no personal possessions other than a single piece of cloth garment, often saffron in color, a reminder of a period when Bengal was largely Buddhist. Today, Bangladesh is largely Muslim and the Bauls are considered by most as Sufis, Muslim mystic preachers who also travel from village to village.

The Bauls play a two-stringed banjo-type musical instrument, the “do-tara”. Women Bauls put on a white single-piece dress; they do not use ornaments. The Bauls sing for the unlettered, a school for the poor and the down-trodden masses. They sing of the primacy of the spirit in a world where many would prefer material wealth and luxury.

The Bauls also carry on esoteric tantric practices which were developed by the Sahajiyas, early Buddhist mystics of Bengal who considered the sex act as the key ritual in their worship form. The Bauls believe that inner enlightenment comes by sexual union with a specially selected and trained woman. The sex act is performed to help both the man and the woman to attain their spiritual destiny. Sexual union is part of the “Deha Tattva” – the doctrine of the body said to be composed of the four elements: earth, water, air, fire, and its powers as a way of reaching “Shain” —the God within.

The Bauls are looked down upon by the more legalistic Muslims of Bangladesh or thought of as only “folk singers” but their search for the inner man, for the indwelling light has a message for each of us. 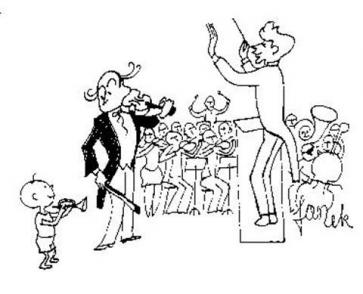