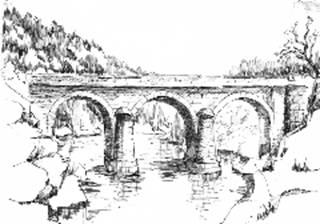 We who have grasped the spirit’s hand
Are not divided when we part;
Though men by ghostly shapes possessed,
Map their false bounds of ‘East’ and ‘West’.
James Cousins “Farewell—Yet Not Farewell”

James Cousins was the Irish poet and writer on cultural issues who with A.E. (George Russell) and William Butler Yeats played a major role in the Irish literary revival of the late 1890s – early 1900s. In 1915 he left for India as literary editor of The New India of Annie Besant (1847-1933) and became one of the organizers of the university of the Princely State of Travancore, where he headed the Department of Fine Arts and English Studies.

Thus, he was in a privileged position to study the interaction between Western and Indian thought with a critical eye. Cousins was much appreciated by the Indian philosopher and social activist Sri Aurobindo who was an attentive observer of Western evaluations of Indian culture.

Cousins was born in Belfast in Northern Ireland into a Protestant family, but after his studies, he moved south as there seemed to be more vitality in what became the Republic of Ireland. As he wrote in 1902 “We knew that Ireland had attained freedom in the spiritual world and would soon attain it in the physical.” In 1899, Yeats had created the Irish Literary Theatre bringing together young writers and actors who wanted to create a national literary movement based on Irish history and folklore. Cousins joined with Yeats both as an actor and as a writer of plays. Cousins’ 1902 play in poetic form The Sleep of the King was one of the first productions as Yeats’ own play Countess Cathleen had been banned by the Roman Catholic Church and could not be produced. Cousins played lead roles in the plays opposite Maud Gonne who was the object of Yeats’ romantic attachment, but it was a one-way passion for Yeats.

Yeats may have thought that Cousins was getting too close romantically to Maud Gonne or he may have really objected to the humor of Cousins’plays. In any case the friendship between the two men snapped over the use of humor in Cousins’ plays and was never renewed, although in his essays Cousins was respectful of Yeats’ role in creating an Irish national culture. Cousins wrote “A national culture is impossible without the individual creative artist; the individual artist is important and unintelligible save in his relationship to his national culture. Where either tries to do without the other, degeneracy ensues nationally and individually…The true artist is the true patriot, speaking the language of eternity but in the vernacular of his own time and place…Where art does not rise from authentic springs, but is piped from distances by subterranean ways, it becomes troubled, muddied and at best only reaches a dull mediocrity. But art that embodies the creative impulse of the universe, with high vision and deep emotion, in its own time and place and way, will by the force of its authenticity pass beyond these limits into universal appreciation.”

Romantically Cousins was attracted to the woman who became Margaret Cousins (1878-1954) when they married in 1903. She was a founder of the Irish Women’s Franchise League and was a life-long advocate of equality for women, author of a 1907 book Votes for Women. She had spent a month in an English prison after being arrested in a demonstration in front of 10 Downing Street on the right of English women to vote. Later in 1932, she spent a longer period of time in an Indian prison for advocating free speech for women. She had written on Indian women’s movements in 1922 The Awakening of Asian Women. (1)

James Cousins remained close to the other leader of the Irish literary revival, A.E. of whom he wrote that A.E. was “the immortal voice of a spirit thinly veiled in human flesh.” Cousins was also influenced by the writings and activities of Anna Kingsford and Edward Maitland and their teachings of Esoteric Christianity. As both A.E. and Yeats were close to the Theosophical Society, Cousins joined. Thus when the Theosophical Society President Annie Besant, active in Indian political and cultural renewal; asked them to go to India, they accepted. The rest of the lives of both James and Margaret were devoted to cultural and educational activities in Asia, broken by shorter periods teaching in American and European universities. As James Cousins wrote “The springs of action are not on the lowlands of life but on summits hidden beyond the sky line.” Cousins saw education as “a progressive liberation of the inherent capacities of the individual according to his own special qualitative and quantitative proportions.”

In India Cousins became a close co-worker with Rabindranath Tagore with whom he shared the vision of the role of art in life. Tagore wrote “Our soul has her hunger for this immediateness of realisation, whereby she is enabled to know herself. The love, the contemplation, the vision that alone satisfy this hunger finds its place in Literature, in Art.”

Cousins was concerned by the ways in which intuition, emotion, cognition and action structure human life. “The arts are both an expression of a time and place and yet some deep aesthetic sense in each individual allows him to be moved by great art across the divides of time and place.”

Art has never been just an individual achievement but has always had a social dimension. The paintings and sculpture of temple and church was to be contemplated by all. Rulers and the wealthy have been patrons of the arts while often restricting creativity to their individual tastes. Modern governments have followed the pattern and can play both positive and negative roles. Today, the mass media can open doors to true creative experience as well as playing to the lowest mass attitudes. Thus we are at a time of particular importance for a world-wide discussion of the role of the arts, of the ways in which we can learn from each other, of art as bridges between cultures. We can discuss the ways in which art is related to spirit and the higher dimensions of being.

(1) For an autobiography see James H. Cousins and Margaret Cousins We Two Together
(Madras: Ganesh and Co, 1950, 784pp.)